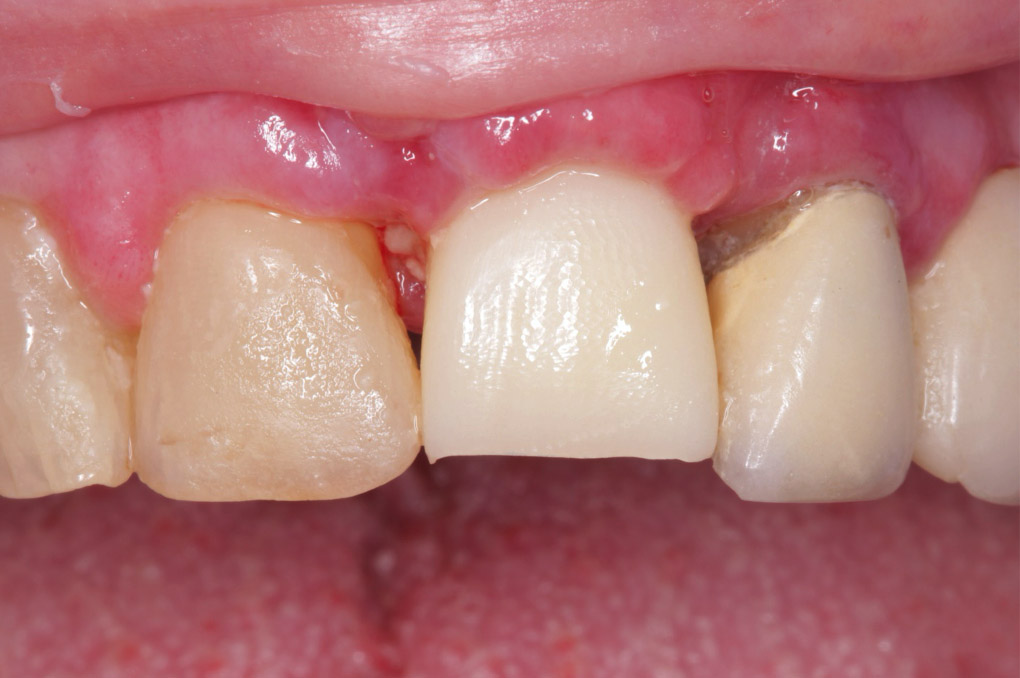 In Oct 2020, I wrote a blog on a case about extraction of a hopeless upper central incisor tooth and then bone grafting with mineralized freeze-dried bone allografts (FDBA).  A week ago, I placed a Straumann bone level taper implant (Roxolid SLA) in the grafted site and attached an immediate temporary crown made of polyether ether ketone (PEEK).

Before the surgery, the patient had a cone-beam computed tomography (CBCT) done to see the quality and quantity of bone at the site of the bone graft a few months ago. After witnessing enough bone and measuring the dimensions, I selected a 4.1 mm x 8 mm Straumann BLT implant for the site. With the help of sophisticated software to place the implant virtually in an ideal location with the correct orientation, a 3-D printed surgical guide was fabricated to help me insert the implant precisely in the bone the way it was planned for the surgery.

The patient started taking oral antibiotics and rinsing her mouth with Closys two days before the implant surgery. On the day of surgery, she was given anxiolytic medication to reduce her anxiety during the surgery. Astracaine 4% was used as the local anesthetic.

The existing temporary tooth pontic (bonded to the adjacent incisor with Ribbon reinforced composite resin) was removed first. The adjacent teeth were cleaned and scaled to provide a more hygienic site for the surgery.

Incisions were made so that the gums could be peeled away from the bone where the implant was going to be inserted. A drilling protocol was then performed with the surgical guide to direct the drills to the predetermined location, orientation and depth.

The resulting channel in the bone (called an osteotomy) was created using the guided surgical protocol. The Straumann implant was slowly threaded into the osteotomy to the desired depth.

A prefabricated temporary PEEK crown was attached to the implant and secured with a screw.

The gum tissues peeled off from the bone were then sutured back to cover the exposed bone and seal around the temporary crown to ensure proper healing of the surgical wound.

The temporary crown was adjusted to avoid contact with the lower opposing teeth when the patient bites her teeth together. It is vital not to place excessive and constant pressure on the implant via the attached temporary crown before it is osseointegrated.

The healing period for osseointegration is about 4 to 6 months. Until the bone has sufficiently grown into the porous spaces on the implant surface, the temporary crown will be replaced with a high-quality crown made with lithium disilicate on a titanium-based attachment. Because the current temporary crown is whiter than the patient’s surrounding teeth, the patient will have teeth whitening done to her teeth before the final crown is made.

I will continue to update the progress of this case in my future blogs.

Myofunctional Therapy and Myobrace are treatments that use silicone based oral appliances in effort to fix bad oral habits. As a wholistic and holistic dentist, I believe in treating the… Read More 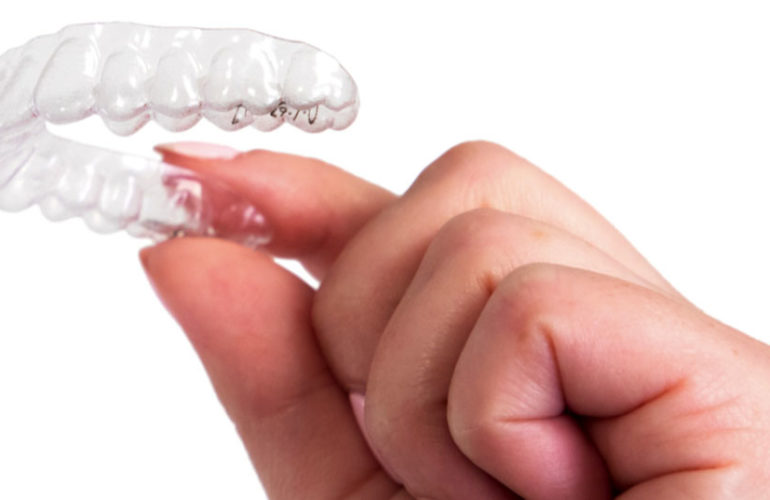 What is Clear Aligner Treatment?

Clear Aligner treatment, also known as invisible braces, is a method of orthodontic treatment. It consists of a series of clear, custom-made removable aligners that sequentially move the teeth to… Read More 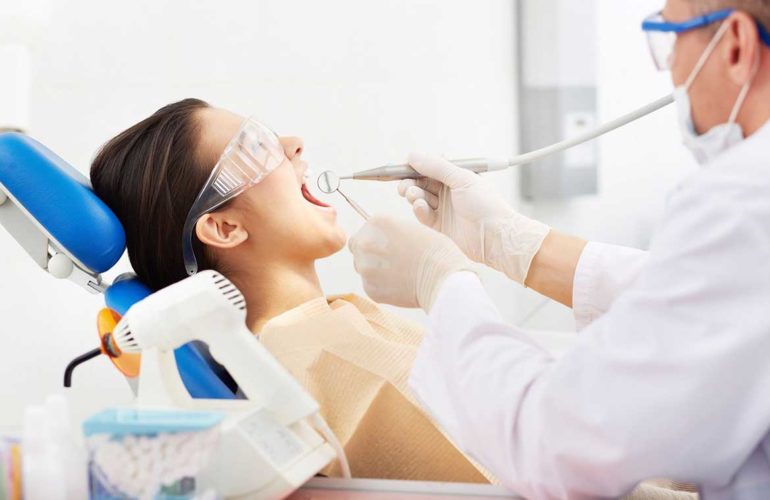 I recently heard the term airway dentistry, and I was curious about what that exactly is. I have been researching and noticed that it is just another term for dentistry… Read More